New AAA cycle has area teams on the move 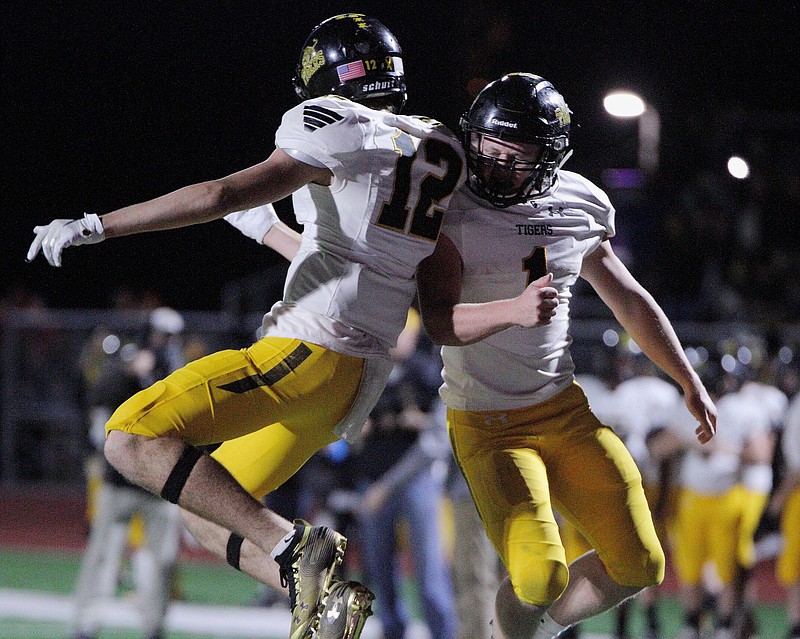 FAYETTEVILLE -- Danny Abshier's attention was on Prairie Grove's football field Wednesday afternoon, unaware that his program was about to take a new step into a higher classification.

Prairie Grove, a Class 4A school for a number of years, will make the move up to Class 5A in football for the 2022-24 reclassification cycle.

It's true, after the Arkansas Activities Association released school enrollment numbers across the state that are used for the 2022-24 classification cycle. Those enrollments consist of a three-year average of a school's attendance in grades 9-11. When schools resume in the fall, they will finish the final year of the current cycle.

Prairie Grove -- one of five schools in the state to move from 4A to 5A -- had an average enrollment of 471.33 students, which puts the Washington County school 29th out of 32 Class 5A football-playing schools. Batesville Southside is the smallest Class 5A school with an average of 457 students, while the three largest Class 4A schools -- Pocahontas (456.67), Huntsville (449.33) and Gravette (446) -- just missed being elevated to the higher classification.

"It was the first I had heard of it," Abshier said. "It surprises me. I thought we were about four or five down the line. I thought Gravette or even Berryville would be bigger. I thought we would move up in the next cycle.

"It not anything new to me. We went from 2A to 3A and from 3A t0 4A. Now it's time to move up to 5A. How did you prepare for it? It's nothing different. You just go and get ready the best you can, in my opinion. That's what you do."

"I haven't figured how we lose kids and move up," Birkes said. "It is what we're going to make of it. We're just going to play. Whoever is on the field with us, we'll give our best effort.

"You can whine about it and say the AAA isn't fair about it, but the numbers fall where they fall. What are we going to teach our kids? Are we going to complain about it or are we going to keep moving forward and tell them here is who your opponent is going to be and here's what you have to do."

Noticeably absent among the AAA's reclassification numbers are the state's private schools because of the Classification and Competitive Equity Factor proposal, which was passed Tuesday during a workshop for the AAA's board of directors. Those schools will be classified based on their sports program's performance over a four-year span. That four-year period will end at the conclusion of the upcoming school year.

Harrison will remain in Class 5A for football, and now all the school's sports program will also join the 5A ranks next cycle. Harrison ranked 31st among the 32 Class 5A schools with an average attendance of 636.33. Currently, Harrison competes in 5A football, but Class 4A for all other sports.

The smallest 5A school is eStem with an average attendance of 613.33, while Magnolia is the largest 4A school at 607.33.

"I thought we were a little lower than that, just based on the numbers I put together," Harrison athletic director Chris Pratt said. "But I get it. We're close on that bubble, and here we are. Obviously, the private schools being pulled out of those numbers made a big difference.

"It shocked me a little bit, and I wanted to double-check. I don't know how the conferences will shake-up, but I know the travel will be more than what we did in the 4A-1 Conference."

Waldron, currently a Class 3A school in all sports but football, will move up to full-fledged 4A in the next cycle with 323 students.

Also, Haas Hall-Springdale will be the smallest 2A school with an average attendance of 120 and that bumps Alpena (119.67) back to 1A for the next cycle.